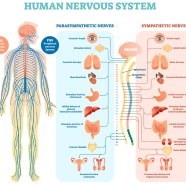 Posted by hekruca on November 2, 2020 in trail running spain | Leave a comment

We would like to share with you this topic in a more theoretical approach from the perspective of a certified Sports Coach with a specialitzation in Athletics. Our #patroncarrerasdemontana, Héctor Rubio, has more than 15 years of experience as a coach in Spain, the Netherlands and Germany, for all this, we think that this approach could bring special value to expand the theoretical part on what the Overtrianing syndrome is, how to identify it and prevent it.

The overtraining syndrome, Relative Energy Deficiency in Sports (RED-S) syndrome or sports burnout, can be defined “as the appearance of a state of exhaustion disproportionate to the intensity of the effort made, lasting 6 months or more”- Shephart-. More recent definitions simply mention that over-training syndrome occurs when the body, after a two-week break, has not been able to assimilate and/or fully recover from an effort. In high competition chronic fatigue is the consequence of over-training.

It is important to understand that overtraining syndrome can appear in both amateur and professional athletes and that its symptomatology depending on the physiological origin can occur in very different ways, making sometimes difficult to be diagnosed as there are many symptoms that may be paired with disease patterns that have nothing to do with the overtraining.

We must also take into account that the burnout can originate from the parasympathetic nervous system or the sympathetic one, being the symptomatology very diverse between the two. Thus a corret diagnosis and/or evaluation of symptoms will help us to cure it more effectively .

As we know, the sympathetic nervous system is responsible for regulating the body activation responses, increasing the heart rate, dilating the bronchi, ultimately preparing us for action, its main neurotransmitters being adrenaline and norepinephrine. In contrast, the parasympathetic nervous system controls the involuntary functions and acts, that are responsible for returning to the equilibrium after activation of the sympathetic system,so it returns us to our basal state, being the Acetylcholine its main neurotransmitter .

It told the great American runner Geoff Roes, winner of the Western States in 2010 ahead of men like Anton Krupicka or Kilian Jornet, in his chronicle of the Iditarod back in 2012, who with the passage of days in Alaska was feeling as his body was consumed. The story came from further back, when back in early 2011, he wrote the American runner in this article, had begun to feel incipient urges to urinate every time he went for a run along with muscle aches and constant fatigue. For several months, he had to visit the emergency room, as he suffered constant drops and rises of his sugar levels, changes in blood pressure… It wasn’t until more than a year later, when he got a clear diagnosis: stage 2 Parasympathetic overtraining.

As we mentioned at the beginning of the article, the symptomatology of sports burnout is assimilated to many other clinical tables such as cancer, hepatitis, anxiety, panic attacks and many other diseases that have nothing to do with the over-training and that sometimes make medical staff think that the patient may be only hypochondriac, because point tests do not yield concrete results.

IVAN RAÑA, TRIATHLON.
Ivan Raña, a Spanish triathlete who placed 1st place in the ITU World Championships in 2002 and 5th place in both Olympic Games in Athens 2000 and Beijing 2004, explains in his book Instinto Raña, that one of those seasons in which he was obsessed with being thin he fainted in the bathroom and it was not until his mother arrived a while after he regained consciousness. After a full check-up at the hospital, he was told to pay much more attention to his eating habits: once again increasing intensities and load but neglecting gasoline.

ANNA FROST 2014.
Another known case of sports burnout is that of New Zealand racer Anna Frost, who for years dominated the world’s mountain racing campus and who needed more than a year in 2014 to recover, having after that period abandoned l to high-level sports practice.

MIMMI KOTKA CASE. 2020.
More recently, Swedish runner Mimmi Kotka recounted her personal experience and indicated that it was time for her to rest and that her body was empty. Mimmi made this reflection after competing in an ultra of 87 kms, and explained that it was important to publicize what had been happening to him since 2018: weakness of the immune system, anemia, constant fatigue, stomach problems, amenorrhea, and an endless length of symptoms with which it had been living for a long time, although it has continued to load hours and hours of training without carrying out the loads of calories according to the increase in training volume.

On many occasions, perhaps quite a few more than due, long-distance athletes become obsessed with the “the better”, the longer, the farther, the stronger and we ignore countless signals that our organism sends us day by day.

Obviously the best way to prevent the burnout is by carrying out proper planning of the training loads, for which the best option is always to be advised of qualified coaches, although, there are parameters that can escape the coach, especially if you do not see every day with your athlete and that is where each of us have to learn to differentiate the normal fatigue that accompanies the usual training of something more serious as is the overtraining syndrome.

If you do not have a coach, it must be yourself who plans the volumes and intensity of the training and take into account your experience, years of sports practice and that at greater load, rest and feeding must also accompany.

Total stress quantification, i.e. conducting an overall assessment of the situation we are experiencing. Not only do the miles we travel on foot or by bike count, but the life we live. Workloads, pandemic, family, etc… Many times we can get carried away by the slogans that are so fashionable today as “the better”, “no pain no gain”, “to go further you have to train more” but the circumstance of each one, may not accompany such slogans.

THE KEY: QUALITY DIAGNOSTICS.
The most important thing to recover from overtraining is to obtain an adequate professional diagnosis, because as we saw in the video of our #patroncarrerasdemontana a false diagnosis that analyzes only biochemical tests can lead non-sports medical professionals, to conclusions quite far from reality.

That is why it is very important and we always recommend conducting a stress test and that it be analyzed by professionals in the sports field who can advise us on the load vulums and intensities of our training so that we do not pass. Also how to follow to the letter that typical phrase of “listening to your body”.

The vignette below may seem like an absurd joke, however…….How many of us haven’t been like this in some race?

IF YOU LIKE WHAT YOU READ,CLICK THIS BUTTON TO SUPPORT US IN PATREON.COM/MAYAYO