The North Face Transgrancanaria 2013 completed its 11th edition with big success  Four courses were offered, ranging from the 24k of the Starter to the full 119k of the clasic Transgrancanaria main event.  Our team completed the ultra trail for the third time this 2013, so we can personally recommend it. The names at this year´s podiums also speak volumes on the race quality: Sebastien Chaigneau, Nerea Martínez, Ryan Sandes, Philipp Reiter, Emelie Forsberg…world class talent.

• Besides the frenchman Sebastien Chaigneu, spaniards Oier Ibarbia and Yeray Durán completed the men´s podium of the 119km race. Nerea Martínez won the female category with Esther Fernández and Denise Zimmermann coming after her.

TRANSGRANCANARIA 119K RACE REPORT: The Frenchman Sebastien Chaigneau and the Spaniard Nerea Martínez were rewarded today with the title of ‘winners’ of The North Face® Transgrancanaria in the 119km category during the prize ceremony of the event that got together more than 2500 participants and that ended up today Sunday 3rd of March.

Chaigneau arrived first, after a race of 14 hours, 5 minutes and 53 seconds, thanks to an excellent technique and much power. At his arrival at the finish line, the French runner talked about the toughness of the weather conditions during the race, with cold and rain during the night, contrasting with the strong morning sun. The second runner who made it to the finish line was Oier Ibarbia (total time: 14:30:53) and the third, the Canarian Yeray Durán (15:03:24).

Up to 95 runners ended up the competition with a DNF, among them some of the prerace favorites, such as Spaniards Miguel Heras and Aitor Leal, the Argentinean Gustavo Reyes or the Portuguese Carlos Sá. 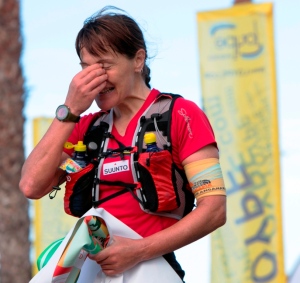 In the female category of the ultra trail,  the resident of Madrid Nerea Martínez (17:16:23) was first to complete the 119k course. Second and the third positions  were taken by the same runners as in the last edition: Esther Fernández arrived second (17:33:39) and British Charlie Ramsdale, placed third (19:07:02).

TRANSGRANCANARIA 83K RACE REPORT: In the second category of the Transgrancanaria, the Advanced race which is 83 km long, the winner was another big name of the moutain races, the South African Ryan Sandes, with a total time of 8 hours and 11 minutes. 16 minutes later, the second runner arrived: the German, Philipp Reiter, who, being only 22 years old, was one of the youngest participants of this edition. José David Lutzardo arrived 3rd, 35 minutes after the winner.

The top of the podium of the Advanced female category was for the Gran Canarian Yurena Castrillo (10:53:18). Lidia Gómez arrived in the second position (11:22:59): she was one of the favourites due to the fact that in the past she had won three times this race. Sophie Grant, the New Zealand runner, placed third (11:39:06).

Jonay Prieto and Diana de la Rosa arrived first at  the finish line, but  were penalized by the judges because they didn’t have all the material that the Organization obliges the runners to take with them and that’s why they lost their position on the podium.

In addition to the participation and audience success during this Transgrancanaria 2013, the event will also be remembered for the extreme toughness of its route, much above the expected. Together with the hard orographical conditions, 3 uninvited factors appeared: a strong wind, a thick fog in the middle regions and mountains and heavy rains pouring during the whole night on great part of the island. Some extreme conditions that, on the 10th anniversary of the event, help grow its fame as one of the best moutain carreers in Europe. 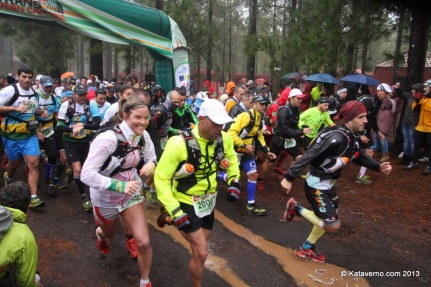 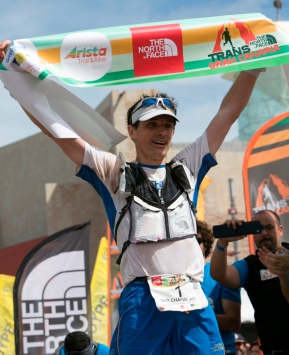 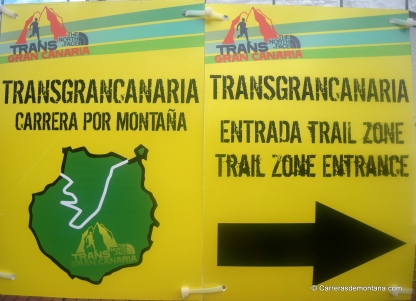 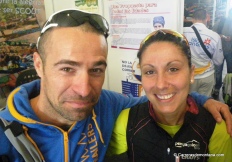 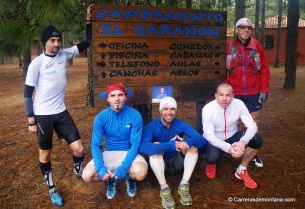 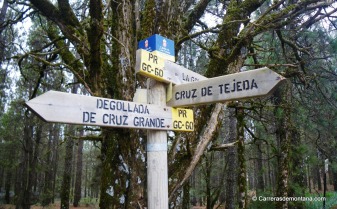 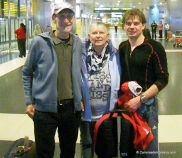 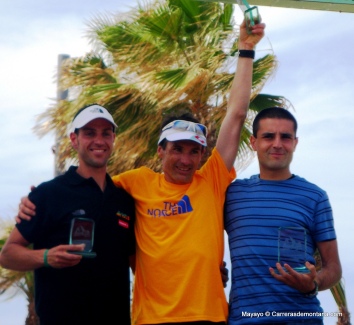 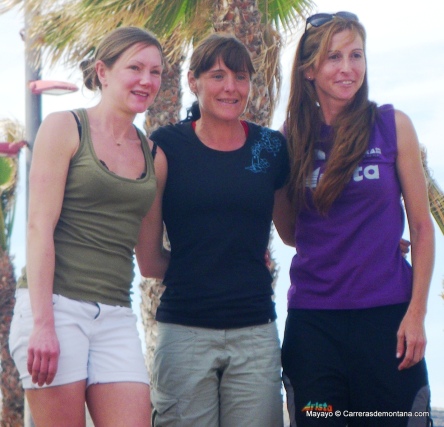 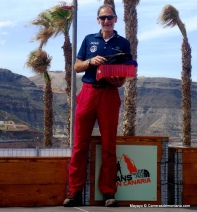 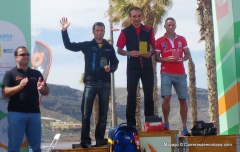 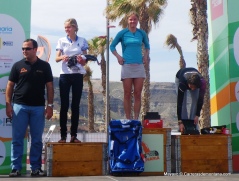 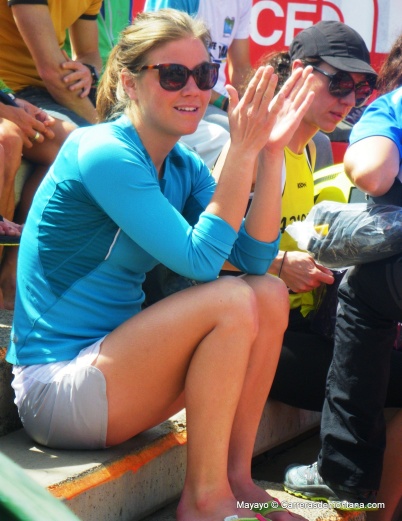 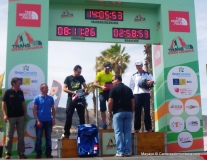 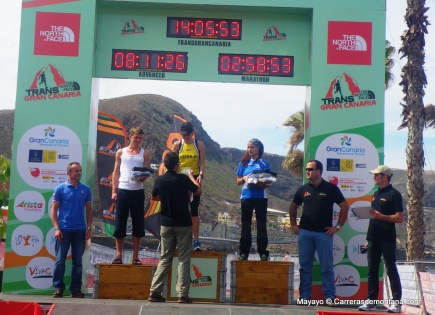 See up to 6 additional full photogalleries covering all 4 races at different trail spots at our sister site KATAVERNO.COM, specialized in trail running photography. Over 1.000 pics from all runners at Transgrancanaria available here, for free view and download.

More about trail races and runners from Spain and over the world, in spanish at Carrerasdemontana.com