SIERRE ZINAL 2020: EVENT SAVE THE DATE TO SEPTEMBER DUE COVID-19

Sierre Zinal 2020 moved out to September 13th due the COVID-19 outbreak, A strange decision looking at the situation in the whole world and seeing how the different countries are fighting against the COVID-19. Will the event be celebrated in September? Well, let’s see if the would not need to move it again. Also called the “Race of the Five 4000m Peaks”, Sierre-Zinal heads along a daunting 31 km mountain trail involving a 2200 meter elevation gain and a 1100 meter vertical drop in the heart of the Valais Alps. The ingredients that lead to Sierre-Zinal’s enduring success are the stunning scenery, the warm and genial atmosphere, and the overall superb organization of the event. It stands out among the world’s most famous mountain races for good reason!

Last year, our reporters Mayayo and Paula had the opportunity to travel and telling us everything about the race. Let’s find the video about the finish line from last year.

Sierre Zinal is run in the Swiss Valais region. It links the towns of Sierre (585m) and Zinal (1685m) along a path that summits at 2,425m Nava. The race thus comprises 31km of mountain trails for a positive climb of 2,200m and negative of 800m. In addition, the Sierre-Zinal allows you to enjoy great alpine panoramas, and is nicknamed “the race of the five 4.000 meter mountains” as participants run below the Weisshorn (4 506 m), Zinalrothorn (4 221 m), Ober Gabelhorn (4,073 m), the Matterhorn (4 478 m) and the Dent Blanche (4 357 m). The course is divided into three large sections: Ascent, intermediate and final descent. The initial climbing is very demanding, rocking from 500m to 2,000m in just 10km and with the hardest part at the beginning of them. From there to km28 there are beautiful sections with a constant ups and downs that culminates in the 2,425m of Nava. After that, it arrives brutal of almost 600m in the final 3km, which generates enormous pain and even cramping in the corridors that has already been punished after the previous 28km. The records so far are for Jonathan Wyatt (2003) with 2h29m.12s and Anna Prichtrova 2h54m26s..

The organization launched the following statement about the event this year.

On Wednesday April 29, the Federal authorities announced that they will restrict events with more than 1000 people until the end of August. As a consequence, we have no choice but to postpone the race to Sunday September 13th.
Sierre-Zinal is moved to the reserve date set for Sunday, September 13, 2020 (i.e. Situation 2 of the strategy put in place for SZ 2020)

t was the day of falling records in Zinal, Switzerland for round 5 of the World Mountain Running World Cup and it was Kilian Jornet Burgada (Esp) who arrived home first breaking the record from Jonathan Wyatt (Nzl) by clocking an incredible 2h25.35 for the 31km mountainous course.  Not long after the women’s record was also smashed when Maude Mathys (Sui) with a dominating start to finish run surprised all with her powerful performance taking 5 minutes from the record held by Anna Pichrtova (Cze) since 2008

Jornet broke away early from the start at Sierre and at intermediate points of Ponchette and Chandolin had an advantage by over 2mins over 2016 winner Petro Mamu (Eri) back from a 2 year enforced absence and he also finished faster than the former record.   Between Chandolin and Hotel Weisshorn, Kilian Jornet took his foot off the gas dropping to 20 seconds above Wyatt’s record and Mamu reduced the gap to 1min27.  From Weisshorn (the high point of the track) to the finish it was something amazing with both athletes literally flying to the Zinal finish. Kilian made the big difference with his powerful uphill preformance, normally his weaker part of a race, and it was where he earned all his advantage over all the other racers.  In the second part though he was still able to push hard while second placed Mamu finished stronger still and clocked 2h26.17, in the end only 42 seconds behind. The 50miles World Record holder Jim Walmsley (Usa) led home a field packed with quality and his podium place in 2h31.52 was a very positive debut for him for his European trail and mountain running campaign.  Juan Carlos Carrera (Col) and Robbie Simpson (Gbr) completed the top five.

History was also made today in the women’s race where Maude Mathys took the record back to her home country.  2h54.26 was the old record belonging to Anna Pichrtova but today the swiss athlete and back to back defending European Champion improved it to a near unbelievable 2h49.20,  no one would have predicted a time so fast and indeed she dominated race without any trouble and her gap was increasing each kilometer arriving in 51st position overall.

In 2h54.20 Judith Wyder (Swi) completed a terrific 1-2 for Swiss athletes and she went under the former course record as well.  After an exciting battle with Wyder, third place was Silvia Rampazzo (Ita) in 2h56.17,  the fastest italian female result on this legendary course. A sprint battle for fourth went to Ruth Croft (Nzl) who was just in front of Anais Sabrie (Fra).

As Douglas did in the mens competition, it was Sarah McCormack (Irl) who gained some more important points for her leadership in WMRA World Cup and her 12th place along with the DNF by Lucy Murigi due to injury could now give her a solid grip on the crystal World Cup trophy.

Full results in pdf for consulting/downloading 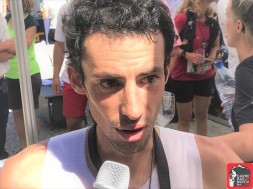 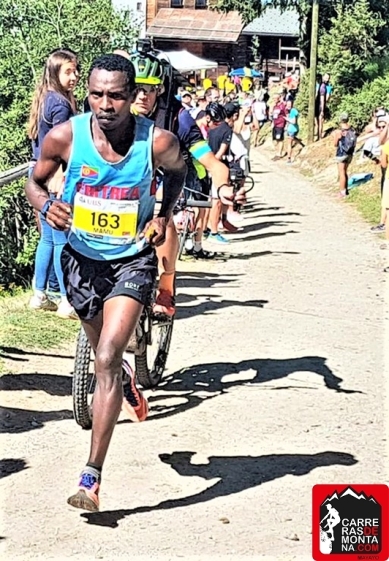 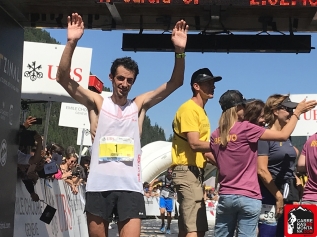 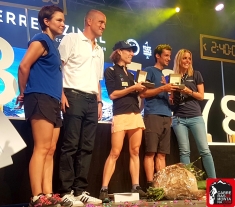 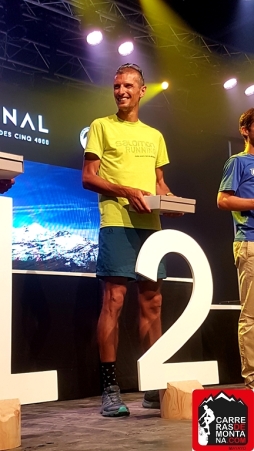 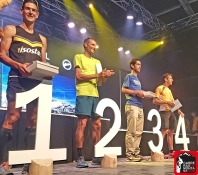 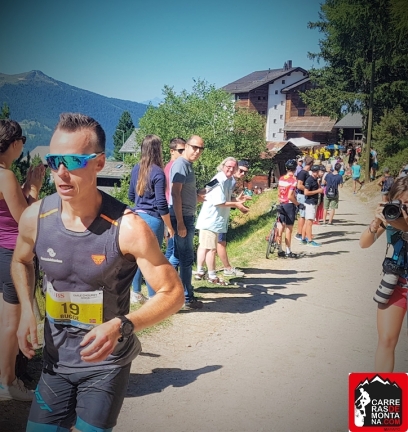 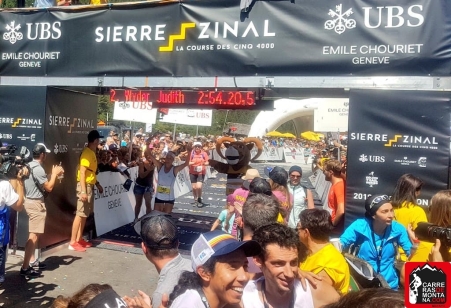 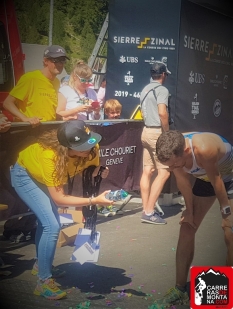 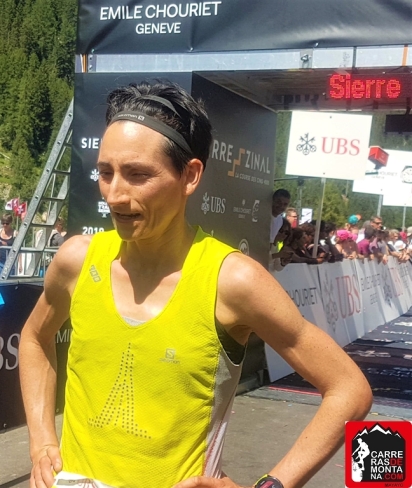 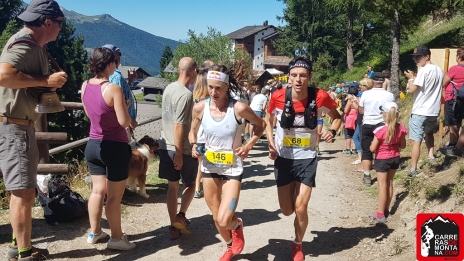 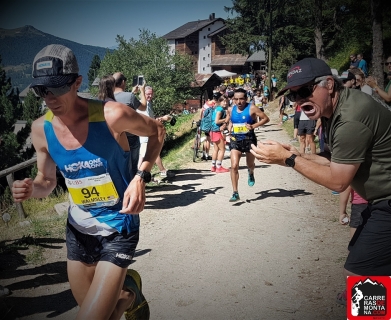 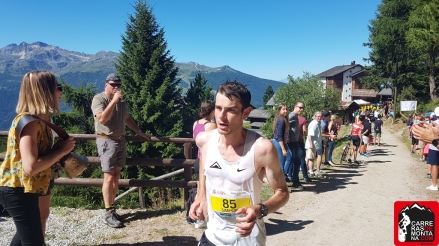 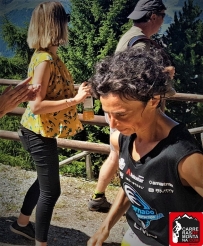 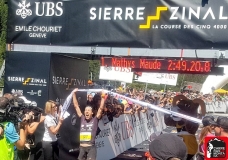 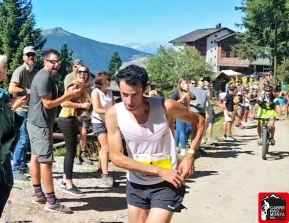 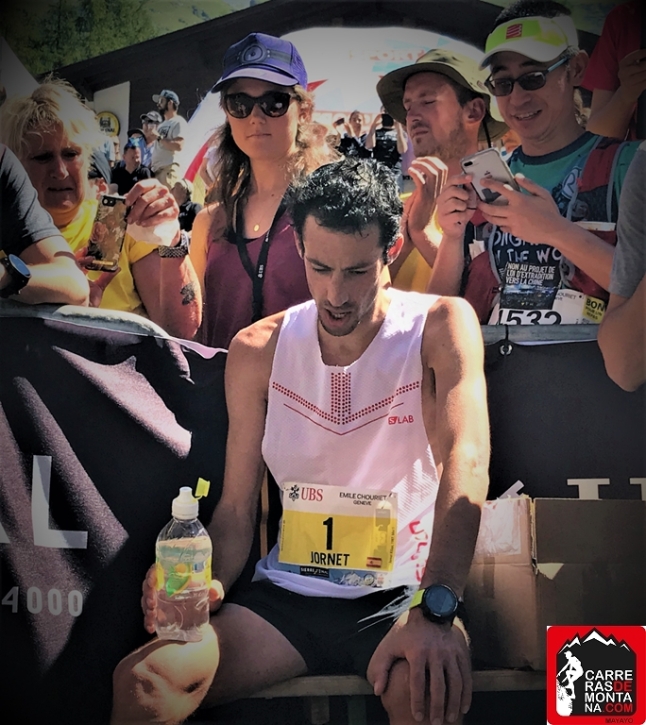 ← WORLD MOUNTAIN RUNNING CHAMPIONSHIPS: HARÍA EXTREME LANZAROTE TO KEEP THE DATES IN NOVEMBER THE GRAN TRAIL COURMAYEUR 2021: EVENT CANCELLED DUE COVID-19, WILL BE BACK IN 2021 →