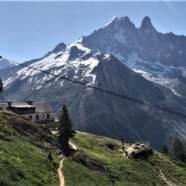 Kilian Jornet and Ruth Croft won Marathon du Mont Blanc in 2018 in a hot weather event. This weekend, the 2019 Golden Trail World Series arrives in the legendary mountain town of Chamonix in the French Alps for the Marathon du Mont Blanc, the second stop on the series. If last year the weather was hot, this time, a brutal heatwave has arrived across much of France, which should make a challenging race even more so for both the elites and the avid runners who toe the starting line in the 42 km race, which is the premier event in a full weekend of trail running competition.

Let’s see a video from the 2018 race where Kilian and Ruth were beating all his other opponents.

It will be a tough year to break any record due the high temperatures expected this weekend in the south of France, so it looks like the 03:30:00 men and 04:03:00 women records will keep there.

The first race of the Golden Trail World Series at the Zegama-Aizkorri Mountain Marathon on June 2nd was won predictably by Kilian Jornet (Team Salomon) on the men’s side and, in a huge surprise, by Norway’s Eli Anne Dvergsdal on the women’s side. In Chamonix, the men’s field is wide open with Jornet choosing to sit out this year’s race, while a host of top women will look to test Dvergsdal as she runs just her second ever marathon; Zegama being her first. The relatively flat first half of the course usually means a fast early pace that allows certain runners the opportunity to surge to the front, though that could change in the heat. This year look for Americans Andy Wacker (Team Nike) and Cole Watson (Team Hoka), as well as Italy’s Francesco Puppis (Team Hoka), to push the pace early.

Three runners from Team Salomon—Poland’s Bartlomiej Przedwojewski, France’s Thibaut Baronian and Norway’s Stian Angermund-Vik—will all be favorites when things start to shake out on the hills. Przedwojewski will make his first start at Marathon du Mont Blanc after a 2nd place finish at Zegama. Meanwhile, Baronian is coming of an impressive 3rd place effort at Zegama and will be running in front of his countrymen where he finished 4th a year ago. Angermund-Vik, the champion of the inaugural Golden Trail series in 2018, is as consistent as anyone in the sport and finished 3rd in Chamonix in 2018. 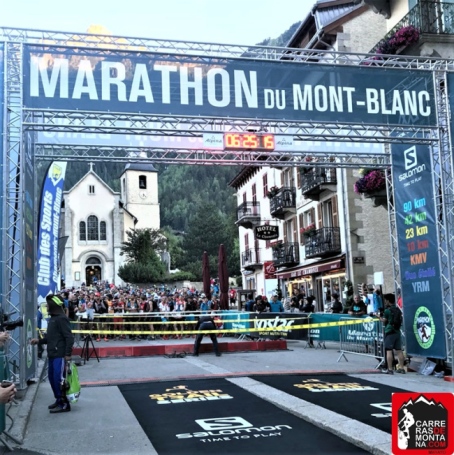 In the women’s race, the aforementioned Eli Anne Dvergsdal (Team Salomon) will look to grab her second win in a month, but defending Marathon du Mont Blanc champion Ruth Croft (Team Scott) of New Zealand will make her first appearance of the 2019 Golden Trail World Series. Croft won the Series overall title in 2018. Last year in Chamonix, she ran away from the competition in the latter portion of the race and set the stage for a great season. Both will have strong competition this year from the likes of American Megan Kimmel (Team Salomon), Dutch runner Regna Debats (Team Merrell) and Azara Garcia (Team HG) from Spain. Italy’s Silvia Rampazzo (Team Tornado), France’s Amandine Ferrato (Team Hoka) and Spain’s Eli Gordon (Team Salomon), who 3rd here last year, should also be in the hunt for podium spots. South Africa’s Meg Mackenzie (Team Salomon), France’s Celine Lafaye (Provence Endurance/Team Merrell) and Sweden’s Fanny Bergstrom (Team Salomon) all cracked the top-10 in the final Golden Trail Series standings in 2018 and will be in Chamonix on the weekend as well. 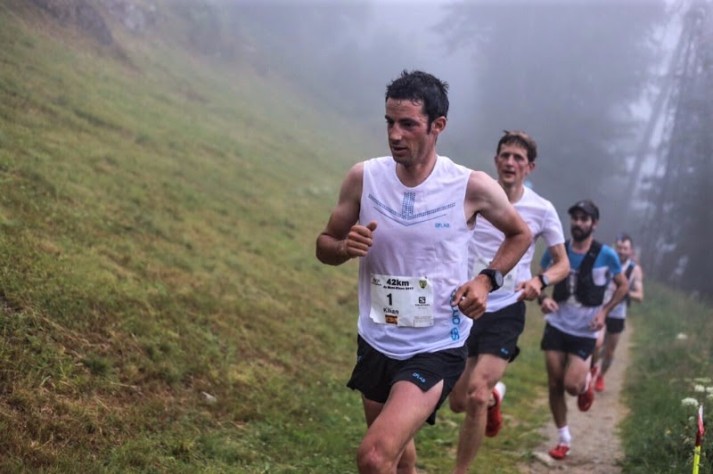 The elite runners will be trying to earn points in the season-long chase for a spot in the Golden Trail World Series Grand Final, which will take place in Nepal in October. The athletes must participate in three of the six races during the series in order to be eligible for the final. The top-10 men and women with the most points in their three best races will earn a trip for themselves and a person of their choice to the Grand Final. The overall final standings (and the men’s and women’s champions) of the Golden Trail World Series will be determined again by the runners’ three best finishes during the season, plus their result at the Grand Final.

The season will start in Zegama with its authentic Basque fever, where the conditions are often tough but the atmosphere and excitement of the spectators almost lets runners forget the weather conditions. Kilian Jornet, Spain’s favorite son, will return this year after missing last season’s race while recovering from injury. Stian Angermund-Vik, Rémi Bonnet, Davide Magnini, Oriol Cardona, Pascal Egli and many more will try to ruin his plans. On the women side, Ida Nilsson will also be back after her 2018 win, but Ruth Croft, Megan Kimmel, Holly Page, Sheila Aviles and others will be there to challenge for the top spots.

From Zegama’s 42km jaunt up and down the Basque Country’s muddy and technical terrain, the series shifts to the French Alps for the Marathon du Mt Blanc, which is often contested under a warm sun. The early part of the race is often run at a fast pace before the course becomes more of a roller coaster and finishes with a brutal climb, meaning that the physical qualities required to perform in Zegama and Chamonix are quite different. With the level of competition expected to step to the line in Chamonix in 2019, the race will likely be run in a pack, which could create new strategies that were not seen beneath the Mont Blanc in previous years.

At 21km, the Dolomith’s Run in Italy is next, and it is the shortest race of the series. It is where the younger generation of runners will have the best opportunity to compete against more experienced competitors in the couloir of hell. Expect the top-10 finishers to be close together until the very end.

Next up is Sierre-Zinal in Switzerland, a classic fast & furious race that delivers the tightest battles of the season year-after-year. Athletes come from road running, mountain running and track and field to compete over fast terrain. The course is relatively flat after beginning with an epic climb from Sierre, and the crowd waiting at the finish in Zinal is boisterous and rowdy.

Two weeks later, the athletes will move to the high altitude of Colorado for the Pikes Peak Marathon. Climbing and descending is the order of the day, with the course reaching to 4,300 meters. In the men’s race, the question (as always) will be whether anyone touch the impossible record of Matt Carpenter? In 2018, Megan Kimmel bested the women’s record that was set in 1981. With 21km of climbing at a 12 percent grade before the furious 21km downhill back to town, Pikes Peak requires a different kind of strength in the thin air of the Rocky Mountains. This year, the race will be held on the weekend of August 24-25, one week later than normal, making it easier for athletes to race at Sierre-Zinal and Pikes Peak, which were held only six days apart in previous years.

From Colorado, it’s back across the pond to the Scottish Highlands for a case of Scottish vertigo. The Ring of Steall, the final race of the series, will offer runners their last chance to qualify for the Grand Final. Athletes will scramble over technical ridges, run through chilly rivers and negotiate slippery peat passages in predictably unpredictable Scottish weather.

Finally, the top-10 men and women after the first six races will travel together to the Grand Final, being staged this year at top of the world. The Annapurna Trail Marathon in Nepal will offer trail running’s elite an opportunity to gather together in trail running paradise, albeit at high altitude, in what is sure to be a competitive final race to close out the calendar and crown the Golden Trail World Series champions.

Elite runners must participate in three of the six races during the series in order to be eligible for the Grand Final. The top-10 men and women with the most points in their three best races will earn a trip for themselves and a person of their choice to the Grand Final in Nepal. The overall final standings (and the men’s and women’s champions) of the Golden Trail World Series will be determined again by the runners’ three best finishes during the season, plus their result at the Grand Final. 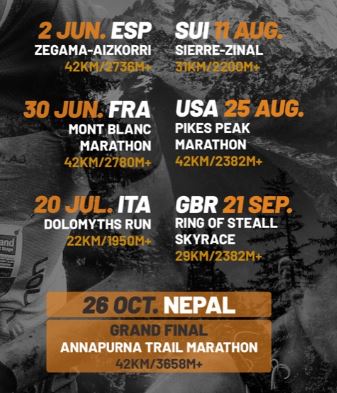 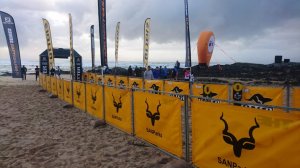 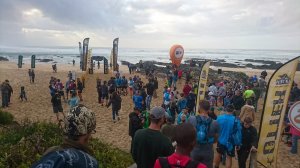 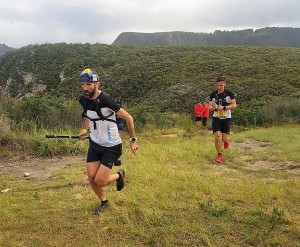 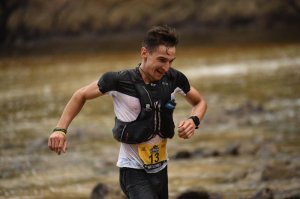 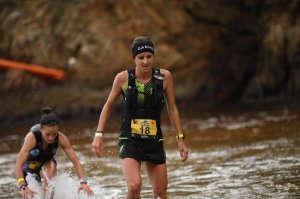 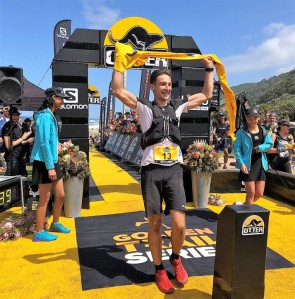 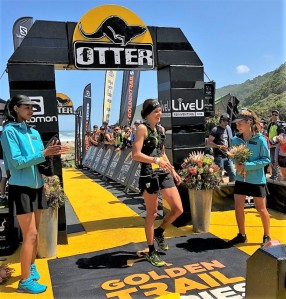 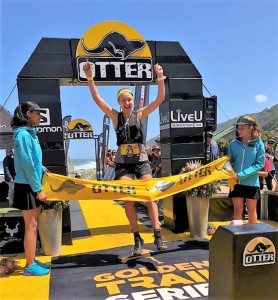 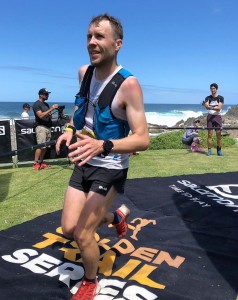 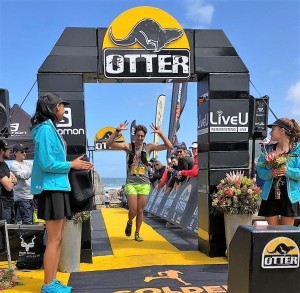 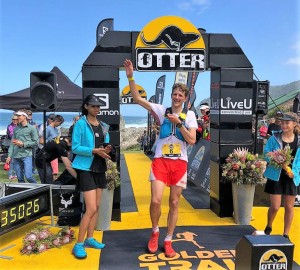 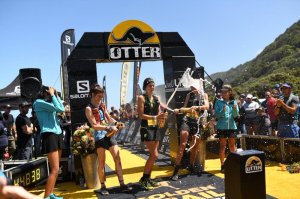 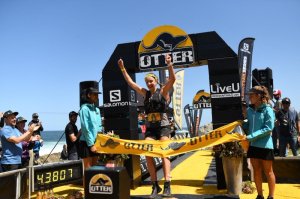 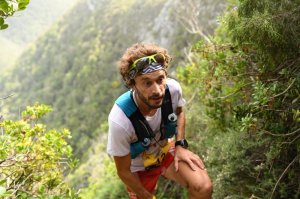 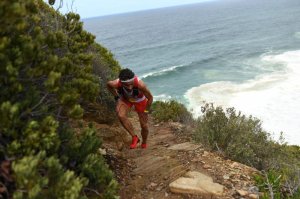 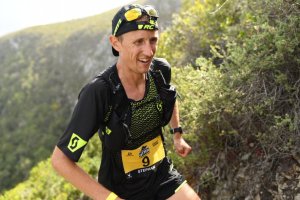 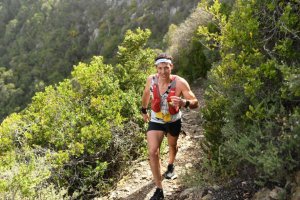 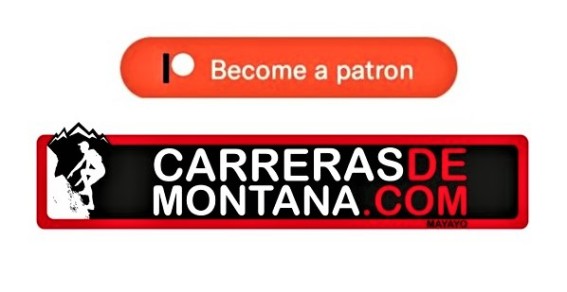 ← SKYRUNNER WORLD SERIES 2019: AN ASCENT TO THE HOME OF GODS, IT IS TIME FOR OLYMPUS MARATHON LA SPORTIVA 2020: NEW GEAR FOR CLIMBING, TREKKING AND MOUNTAIN RUNNING. Theory, TX Guide, Jackal and more… →