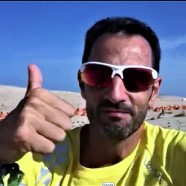 The Marathon des Sables magic as an ultratrail comes not really from the challeng of finishing, since every edition sees home around 90% of the entries, way above the usual 60-70% ratios of truly demanding ultras all over the world. Sables is more about shared camaraderie under the desert skies, a personal experience for all involved, that sure enough does not com cheap to anyboy, neither in terms of the week of endurance involved nor in the highly expensive tag to enter the race.

Our live coverage will b carried out from inside the race by our runner-reporter Alex Fraguela. A veteran ultrarunner based at the Canaries who tested himself at the Half Marathon des Sables Furteventura and finished among top5. alex will now share the race through his yes with us on a daily basis here in english and also at our sister website CARRERASDEMONTANA.COM in spanish.

This event will once again be held at the Moroccan Sahara, Ouarzazate region, as a desert ultra-trail in food self-sufficiency condition, covering 6 stages, approximately 250 km. The race has attracted more than 20,000 participants since 1986, with over 1,000 competitors expected in 2018

Even if the head of the race will swallow the 250-km course in less than 20 hours at an average speed of 13 km/h, we can also talk about the performance of the walkers who will spend nearly 80 hours walking in the desert under 45°C, and we can of course mention some performance athletes such as Didier BENGUIGUI (D0060-FRA), a blind competitor who will find his way in the desert thanks to the help of his guide and nephew Fabrice ZARKA (D0061-FRA), novice on the MDS. Each competitor goes to the Sahara with his own story, and each story that is written in the desert is a performance in itself. See you on Sunday to discover the prelude to this new chapter in the history of the MDS. On the 33rd MARATHON DES SABLES, the elite runners’ group have a big favourite in both the men’s and women’s categories. But anything can happen on such an event, and the fight to reach the podium will be hard.

Ever since 2018 Marathon des Sables has now expanded internationally with sister events held at Peru (250km) and Fuerteventura (125k). See below the official video of the Peruvian race at th Ica desert, a unique landscape of sand dunes moving right into the ocean. 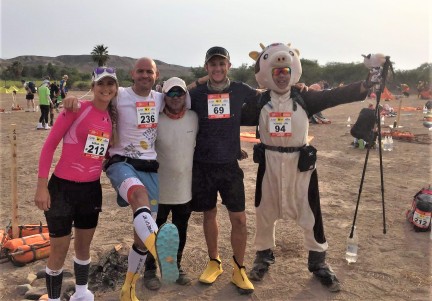