Ehunmilak means hundred miles in Basque. And this years´s Ehunmilak 2016 marked the seventh edition of the Basque Hundred Miles which covers a course of 168k/D+11.000m all over Goierri, the Basque highlands. Two mains summits dominate the race, those of Txindoki and Aizkorri, while the ultrarunners enjoying the 42km, 88km or 168km races move on through two different natural parks.

As many of the runners said at the Beasaín finish line, they came to race yet they will come back next year for the unique atmosphere: Over 1500 volunteers and tens of thousands of aficionados prove here once again that running the basque mountains is a singular experience.

This seventh edition of the Ehunmilak in 2016 was a success even before the start, having sold out months ahead of time all entries for two out of its three races: 250 for the Marimurumendi Marathon (42km) and 500 entries for Goierriko 2 Haundiak (88km). Besides those, 360 more runners enrolled in the Ultra-Trail Ehunmilak, the seventh edition of the Basque Hundred miles.

As the profile above suggests, this hundred miles are a race far more demanding than even the renowned Ultra-Trail du Mont Blanc at Chamonix. More than 1,100 runners were present, coming from 17 countries to enjoy the incredible display of affection and support at their disposal by 1,500 volunteers and the basque aficionados, who have earnt a unique reputation for themselves in all endurance sports.

Among all races, runners from up to 17 countries were present at Beasain for Ehumilak 2016, including Japan, China, United States, Mexico, Switzerland, Sweden, Venezuela, Belgium, Portugal, United Kingdom, France, Poland, Hungary, Denmark, Norway and Chile. The number of volunteers continues to rise year after year, and hit the 1,500 mark in this seventh edition

The main event is Ehunmilak Ultra Trail with a 168km/D+11.000m course: These Basque hundred miles are already a european referece in terms of blending sport, nature and emotion. The physical challenge is at the top of its class among ultra trails, yet for many runners the reason to come back once and again is the iconic scenery, over the summits of Txindoki and Aizkorri together with the incredible support by fans all over the course. True enough, when in the Basque Country you will never run alone.

This seventh edition has seen two great Ehunmilak fans achieving their third “txapela”, the basque beret that is awarded to the winner. They were Vibram´s ultrarunners Javi Dominguez and Silvia Trigueros from the Land team. Back in 2015, Javi could not run dueo to injury in 2015, yet he walked to the finish line to be there and congratulate his great rival Imanol Aleson on his then third victory, as well. Yesterday was his day in the sun, once again. He took off as race leader right from the start and never gave any option to anyone, till he crossed the finish line.

No doubt he would have even beaten Imanol´s record 22h59 were it not because he lost the trail for an hour around the 130km mark.. In the end, hehas finished with a time of 23h22m53s and celebrated his win with great emotion. Behind him, two local runners from the Goierri región completed the pódium: Adur Mendizabal with 24h32 and 25h25m for Jon Aizpuru.
In the women’s race,  Polish runner Ewa Majer from Salomon-Suunto kicked off as surprise leader. Meanwhile, the big favorite Silvia Trigueros trailed her doggedly, following between 20 and 50 minutes behind, without ever giving up on her chase. Her determination was rewarded when Ewa, already at the last 20km of the race, was forced to abandon due to a twisted ankle on the Aizkorri descent. Silvia was then once again on the lead, as she has so often done and went on to cross as champion with 29h45. The french Severine Duhalde was second with 35h23 and Agurtzane Argiarro from Biscay came third with 37h25 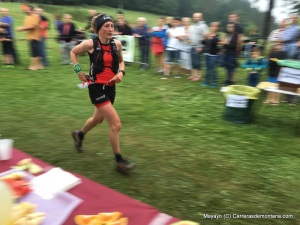 The Goierriko 2 Haundiak is a great ultra by Txindoki and Aizkorri peaks, over 88km/D+6,000m In 2015 it was selected as the Basque Ultra trail championship, and this year we had most of the top runners coming back agai, with five outstanding favorites: 2015 champion Iokin Garai was facing Dani Aguirre, coming in as Spain´s FEDME Cup champion, while the female field was led by three veterans from previous race podiums: Leire Martinez, Elena Calvillo and Aitziber Osinalde.

Dani Aguirre proved to be a commanding presence from the start, able to mark his own pace and ride out from the start opening a gap of 2 minutes by the 19k checkpoint which he would gradually. Iokin Garai put on a big effort to catch him up in those early kilometers without success, something that took its tollo n him later on. Finally, Dani arrived at Beasain´s finish line with a great time of 10h09m, setting a new course record, lowering in four minutes the time set by the champion a year ago. Iokin Garai held on to second place on 11h02 and Mikel Etxeberria completed a great race with another podium for him in 11h16m.

Among the women we sure enjoyed great excitement as the three favorites took turns in leading the race. The first kilometers saw Elena and Aitziber pushing ahead and running side by side on a total concentration mode as they moved on. Leire, meanwhile, never lost confidence in their own pace and moved along in a very relaxed way. She moved up gradually until she took a lead which she then never relente don. 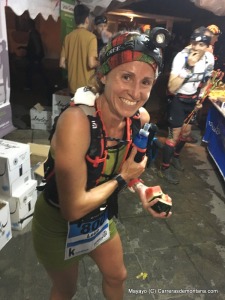 The second edition for the beautiful mountain marathon, “Marimurumendi” (42k/D+2300m) with all entries sold out and the Ternua-Inov8 runner Aritz Egea as the main reference at the start. True to the style that has made him famous in the World Cup, the moment the race was launched, the basque runner rocketed on, setting a strong pace in the peloton nobody even tried to follow. Among the women it was Ainhoa Lendínez who dominated in the early stages.

Aritz Egea moved on, despite suffering from cramps in the final third of the race, due to the great heat and humidity and set a new course record with 3h32 lowering in 9 minutes the record set in 2015. After him came Iñaki Urube-Etxebarría with 3h54 and third was Aleix Bautista with 3h55.

The women’s final was truly moving as Ainoa Lendínez and Andrea Garay came in together in 4h40 after having supported each other through the hardest moments of the race. The pódium was completed by Araitz Irazu with 4h44. 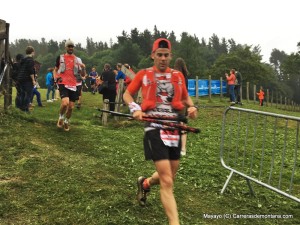 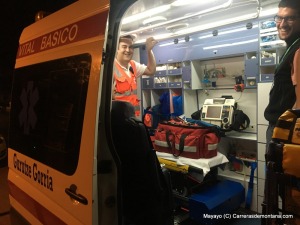 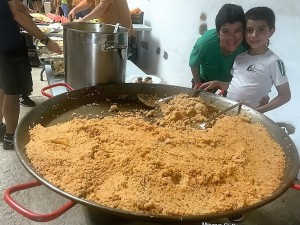 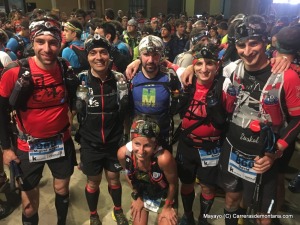 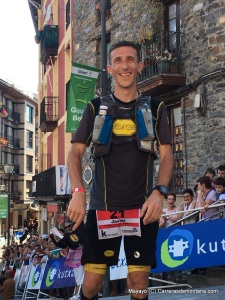 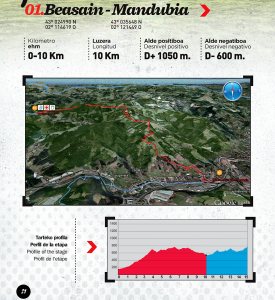 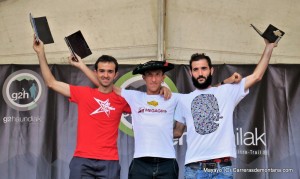 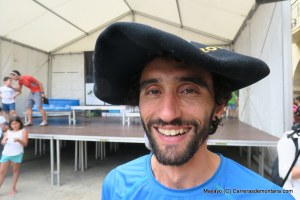 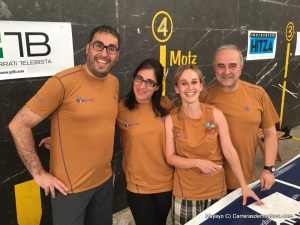 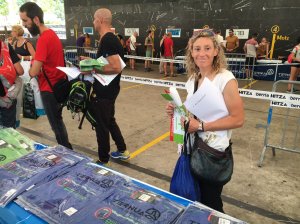 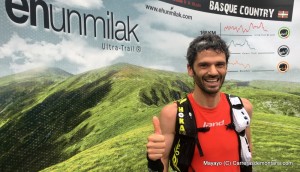 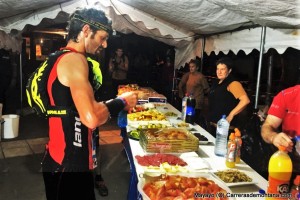 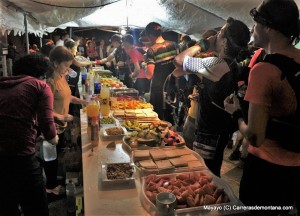