SCARPA, one of the world’s leading manufacturers of footwear for outdoor and mountain activities,  announces the arrival of Marco De Gasperi as new Brand Manager for the Trail Running category. With the addition of the  champion  from  Valtellina,  SCARPA ‐ already  a  leader  in  climbing  and  ski  mountaineering ‐ aims  to  become  a  global  benchmark in mountain running too, strengthening a team which has achieved so much in recent years. The multiple world champion in mountain running joins the management team of the Asolo firm as new head of product development.

Marco De Gasperi’s CV speaks for itself: we could mention his six Mountain Running World Champion titles, a European Champion medal, eleven World Cups and two European Skyrunning wins, not forgetting his setting of records which had not  been broken for more than twenty years.

De Gasperi will bring to his new role an array of skills and relationships accumulated in the course of many years travelling and  competing all over the world: know‐how that the new Category Manager will place at the disposal of the Veneto brand in order to consolidate and increase its presence in the Trail Running world. Various new initiatives are planned in terms of sponsorship for events and athletes, including a determination to become increasingly involved in the Skyrunner World Series and other international competitions.

“We’re very proud to welcome Marco into our team. The enthusiasm he brings to this challenge and his boundless passion for the mountains will be an exceptional motivation for the Trail Running team and for the firm as a whole“, says Sandro Parisotto, President of SCARPA. “In recent years the world of trail running has grown enormously“, comments Diego Bolzonello, CEO of the Asolo firm. “The market expects great things of us, and Marco’s arrival is an essential starting point for the investment we plan to make in this  discipline in the coming years.”

Trailrunningspain.com and carrerasdemontana.com were at ISPO Munich this year were we could see all the novelties of Scarpa footwear 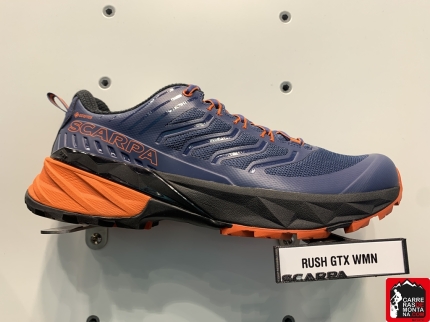 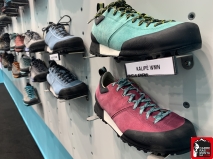 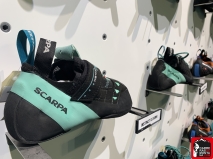 ← EIGER ULTRA TRAIL 2020 CANCELLED DUE COVID-19: THE EVENT WHICH WAS GOING TO BE CELEBRATED 17-19JUL IS POSTPONED TO 2021 SKYRUNNING WORLD CHAMPIONSHIPS: POSTPONED DUE THE COVID-19 OUTBREAK TILL 2021 →