SKYRUNNER WORLD SERIES 2019: IT IS THE TURN OF MADEIRA SKYRACE

This Saturday, June 1, the 2019 Migu Run Skyunner World Series lands on the volcanic island of Madeira for the spectacular Madeira Skyrace, the fifth race of the season. High mountains, volcanic terrain and mild climate, Madeira is the prefect place for a skyrunner. The island itself has become known as the ideal training location for elite athletes from all over the world and the Madeira Skyrace has grown to become a pinnacle of the skyrunning calendar. Today, Madeira local and race co-director, João Clode, tells us more about what makes the Madeira Skyrace an event like no other.

Madeira is a small island but there is no shortage of big cliffs and towering peaks, which make the conditions here perfect for skyrunning. One of its most appealing points is how easy it is to get from the towns and cities to the mountains. Athletes don’t have to travel far to train. You can easily get from your front door to around 2,000m and back down to the ocean. It’s one of the few places that really embodies the skyrunning sea-to-sky concept and that’s why many elite athletes actually travel to Madeira not just to race but also to train during the winter.

Another attractive feature of the island is its climate. It’s very seldom too hot or too cold. Right now, just one week before the race, the weather is fantastic. The temperature at this time of year is around 20 degrees with sunshine. We don’t have a weather forecast for the race yet but it should be good – fingers crossed. The race itself makes the most of what the island has to offer. The route is 55 km with 4,100m vertical gain. It’s very technical with a steep via ferrata section close to the highest summit of the island, Pico Ruivo (1,862m). Actually, this year we’ve added another technical part to the course to make it even more “skyrunning”. We want to be different from other trail races on the island and this new segment adds to the uniqueness of the race.

In 2019 there are around 300 participants of 40 nationalities, 70% of whom come from countries outside of Portugal. It’s become a really international event that plays a huge role in the economy here.

The race starts in Santana, a small town in the north of the island. This place comes alive for the event. There are a couple of other big races on the island but we can already see how much the Madeira Skyrace impacts the local community. This year we will actually measure the economic impact of our race on the island through questionnaires handed out to participants and locals. We’ll be able to give you more information on this once we get the results but I can tell you that we already know there is a very positive impact, especially in Santana and its surrounding area. Hotels and restaurants are always fully booked. It’s great to see that our race is not only an appealing event for international athletes but that it also supports small, local businesses here on the island.

Russian couple, Dmitry Mityaev and Ekaterina Mityaeva, are two of the big names who will be behind the starting line in Madeira this weekend. Are they about to shake up the overall rankings? Don’t forget to find out who’s in the lead after the fifth race of the season.

Current ranking of the Migu Run Skyrunner World Series based on the best four points results, of which no more than two can be SuperSky Races, plus the SkyMasters points. 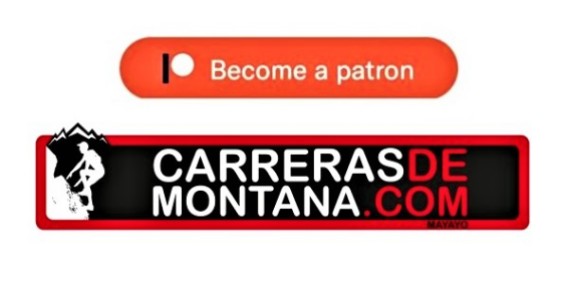