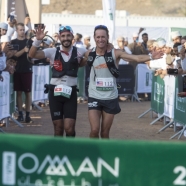 This weekend OmanbyUTM was celebrated in the Oman Sultanate, 137k, 7,800 vertical gain and 6 ITRA points, second of the races for these ByUTMB series after the GaoligongByUTMB held in China last march.  Next will be the UshuaiaByUTBM in April 2019. UTMB International arrived to Oman to be the location of a new extrem ultra-trail event. For those who do not know where Oman is, it is located in the Asian contintent and shares land borders with three other countries, Saudi Arabia, Yemen and United Arab Emirates. The event will be hosted by Oman Sail, supported by UTMB® International and the organizers of UTMB® Mont-Blanc which in the last 10 years has promoted important sport events across the country. 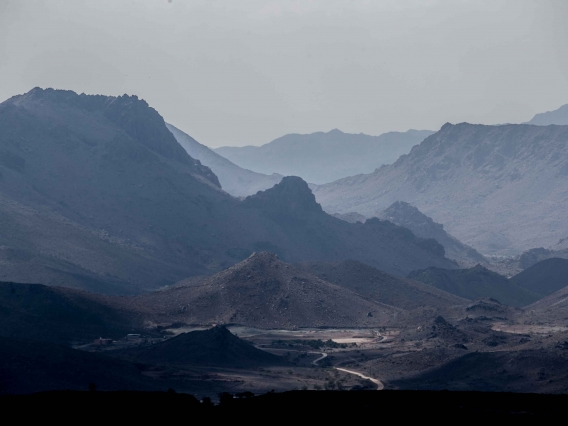 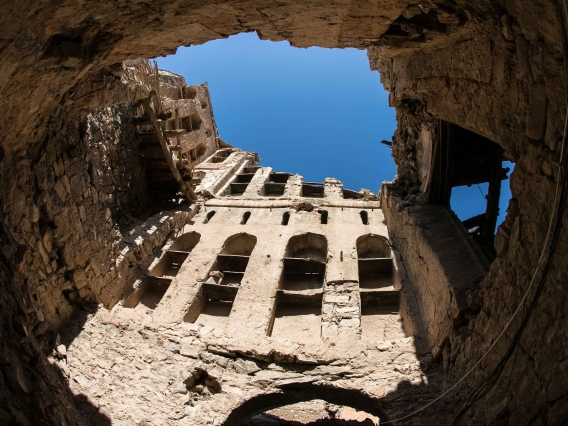 American runner Jason Schlarb was arm-in-arm with the extrovert Swiss athlete Diego ‘Zpeedy’ Pazos as they completed the challenging mountain course at Al Hamra with a time of 20 hours, 45 minutes and 37 seconds to cover the 137km route through the Akhdar mountain range.

Schlarb, from Durango in Colorado, was the top US finisher in the 2014 UTMB® Mont Blanc classic, while Lausanne-based Pazos is renowned for his world-class performances as well as his bow tie.

Soon after the finish an elated Schlarb said: “It’s an honour and a privilege to win the first ever OMAN by UTMB® and to share it with someone like Diego was a dream come true. We didn’t discuss it until the last 20k when we worked together and pushed each other – we both ran faster and harder than we would ever have done on our own.”

And he added: “The course was unbelievably challenging – technical and exciting all at once. The people were hugely inviting and wonderful, shaking my hand, it was great.”

His emotions were seconded by Pazos: “It is a unique emotion and to share it with Jason is very nice as well. I am more than happy as I did not expect that!”

“The course was more than challenging. It’s really incredible – the most challenging race I have ever done that’s for sure.”

With the leading runners finishing, many of the rest of the field will be spurred on by the desire to avoid another night in the mountains.

As promised, OMAN by UTMB® delivered a course that was as beautiful as it was challenging, with stages that were demanding and technical as well as awe-inspiring. Predictably, a highlight of the event was a tricky traverse of a steep and exposed rock face on the way up to the Hotel Alila Jebel Akhdar, one of the event partners. Uniquely for a UTMB®event, cables were provided to assist the runners on this section.

And one of the final sections of the race, just before the stunning Misfat Al Abriyyin, saw the runners face a daunting 1,100m ascent which the leaders managed to negotiate in an impressive hour and a half. 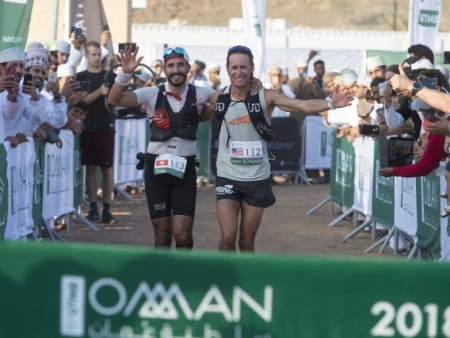 The women’s race winner was the British runner Anna-Marie Watson, who completed the course in 26 hours 20 minutes and 27 seconds, 49 minutes ahead of Hungarian athlete Ildiko Wermescher, with the well-known US ultra-trail runner Meredith Edwards coming home third 40 minutes later.

Watson, a former British Army captain, was delighted to have been a part of the inaugural OMAN by UTMB®. “It’s been an amazing day – I can’t quite believe it to be honest, and to come in ninth overall as well was just the icing on the cake. UTMB® holds a really special place in my heart so when I heard there was going to be one in Oman I just had to be part of it.”

And she added: “I have spent several holidays here, diving, seeing the turtles, and chilling out in Muscat. There is so much to explore in Oman. It’s a true gem in the Middle East.” 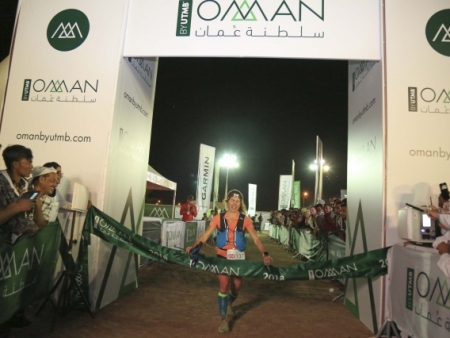 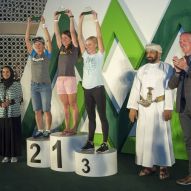 OMAN by UTMB® attracted athletes from 57 countries around the world, as well as a 47-strong local contingent of Omani runners who were led home by Hamdan Al Khatri, who finished 19th in a time of 29:04:10. The last runner to complete the course was from Mumbai in India with a time of 43:58:32, one of four runners who sprinted to the finish to beat the cut-off.

The finish line was finally closed at 15:30 local time, 44 hours after the international field of 329 ultra-trail athletes set off through the streets of Birkat Al Mouz on a course described as “tough but wonderful” by UTMB® Mont-Blanc Race Director Michel Poletti before the start.

After the final runners crossed the line he added: “What a technical race! An event with a real mountain, absolutely in the UTMB® DNA. The idea was to offer runners an unforgettable experience, within a magic landscape.”

The route delivered every inch of the natural beauty and physical challenge promised. The runners took on the heights of Jebel Al Akhdar – the Green Mountain – ran through ancient, deserted villages such as Wadi Bani Habib, navigated stunning ridges and plateau edges at Sharaf Al Alamayn, before finally descending into the spectacular mountain village of Misfat Al Abriyyin and on to the finish.

“Every single one of the runners deserves our respect and our congratulations,” said Salma Al Hashmi, Chief Marketing Officer at event organiser, Oman Sail. OMAN by UTMB® has been a great success in providing all the athletes with a tough, memorable challenge in a magnificent environment. They now have the opportunity to enjoy their achievement, relax and take advantage of Oman’s legendary hospitality and welcoming culture.” 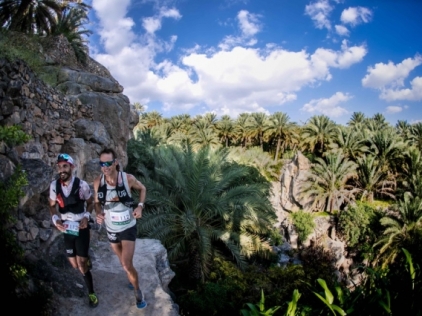 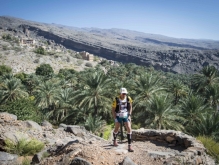 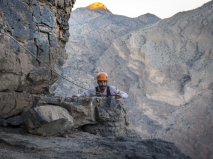 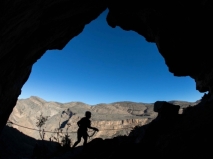 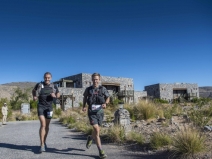