For 2019 there will be changes in the ITRA points to access some of the races and concretely UTMB for non-elite runners. Typically we have 1 to 6 points when you finish each race, then for some of the races we are requested to have a number of points if we want to participate in races like Ultra Trail Mont Blanc or others. In February 2018 the International Trail Running Association (ITRA) presented the new classification with 7 categories for 2019 (you can see it in image below).

Let’s see which are these changes in the ITRA points 2019. Then we will see other ITRA services offered to runners by ITRA like The World Ranking (0-1.000 points); QUARTZ program for runner health and in order to prevent doping and the popular ITRA insurance with a 49€ prize which covers training, races, trekking or even ski over the world.

WHY CHANGE CATEGORIES? Since 2014, ITRA has built a reliable database of more than one million trail runners and several tens of thousands of races and their results. By analyzing this enormous amount of data, ITRA has been able to ever more closely match points awarded the race with the effort required of the runner to complete its course.

The original classification of trails, based on their distance, did not allow for a consistent classification corresponding exactly to the effort required by the runners.

WHAT ARE THE CHANGES? In the context of rewriting of Article 252 of the IAAF’s Rules of Competition defining trail-running, the ITRA Steering Committee has approved a new redefined trail classification with the aim of grouping races in a more consistent way.

The new classification has 7 different categories of trail-running races (from XXS to XXL) all associated with the new ITRA points according to the following table.

.
Races are classified using the method of km-effort which allows to assign them a number of points.

Reminder: km-effort measure is the sum of the distance expressed in kilometers and a hundredth of the vertical gain expressed in meters, rounded to the nearest whole number (for example, the km-effort of a race of 65 km and 3500 m ascent is: 65 + 3500/100 = 100).

Furthermore, the limits between the categories have been refined in order to regroup races together in a more consistent way with respect to the race time. In that way it would be easier to anticipate the effort to produce by runners during a race.

The ITRA performance index calculated according to the new classification will be effective from March 2018. 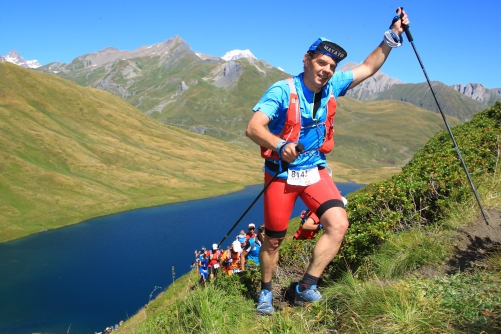 RANKIG ITRA:  This ranking lists sorted the results of more than one million of trail runners!! according their races during the last 3 years and it gets much other historical data from them. No other database in the world has all these data which covers elite and non-elite runners from 10 years behind and takes in account more than 5,000 over the world if the race directors send them to the association.

.
HEALTH POLICIES IN ITRA: Quartz program for Elites and non-Elites. Not only publishing the tri-annual ranking but also also inviting the best 10 men and women in the general ITRA ranking and the 3 best men and women on each category of trail running to join the health Quartz program for free, a health program which will fight also against doping.

With three branches Quartz Elites, Quartz Event and Quartz Regular, this health program supported by Columbia, Compressport, Hoka One One, Salomon and The North Face has been expanded in 2018. The Ultra-Trail World Tour renews its participation next year in the program, also Salomon has announced the Quartz program implementation in the Golden Trail Series.  Not only Elite runners, but also the rest are welcome to participate in a basic level, offering medical data in their health space (through the ITRA account). This private account will held all the confidential data so no one will have access to any health data from the runner if he doesn’t want.

ANNUAL​ ​ITRA INSURANCE: Thousand of people has already chosen now the ITRA insurance in 2017-2018, being Spaniards the most biggest group behind the french. We, in CARRERASDEMONTANA.COM and TRAILRUNNINGSPAIN.COM have chosen this insurance to run over the world. We have two formulas, an annual insurance (49€) and a temporal one (39€). In both cases covering all the world during training and trail running races together with ski, BTT, trekking and mostly all other mountain sports except a very few ones.