Home » Carreras de montaña » RING OF STEALL IN SCOTLAND TO DECIDE FINALISTS FOR SALOMON GOLDEN TRAIL SERIES. Course, favorites and the other races 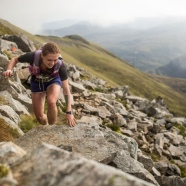 RING OF STEALL IN SCOTLAND TO DECIDE FINALISTS FOR SALOMON GOLDEN TRAIL SERIES. Course, favorites and the other races

The Golden Trail Series is about to hold its fifth stop this weekend at Ring of Steall, Scotland. This event also represents the final chance to qualify for Grand Finale in South Africa. The course is the most technical in the series, being a variation of the classic ‘Ring of Steall’ ridge-walking route. This 29k/D+2,500m mountain race has spectacular views of Ben Nevis from the Mamores and includes short sections of easy scrambling.

After the races held at Zegama Aizkorri; Marathon Mont Blanc; Sierre Zinal and Colorado, the Golden trail series are led by Ruth Croft and Stian Angermund-Vik, closely followed by Ida Nilsson and Megan Kimmel for the women, plus Kilian Jornet and Aritz Egea for the men. 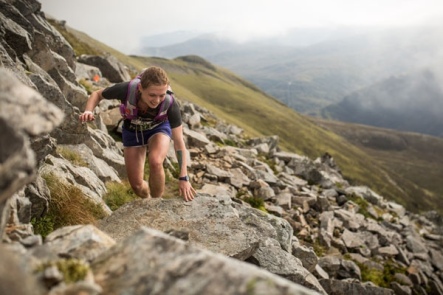 The fifth race of the Golden Trail Series, the notorious Ring of Steall in the Highlands of Scotland, is the most technical of the bunch. The race, which is part of a full weekend of racing near Glencoe, takes place this Saturday, September 15 and will once again attract top trail running talent from across the globe. The Ring of Steall is also the final chance for the elites of the sport to qualify for a trip to the Grand Finale of the Golden Trail Series at the Otter Trail race in South Africa in October. Yet, to get there first they must face and overcome this 29k/D+2500m daunting technical challenge ahead of them, where the steep profile is just one of the difficulties to face.

The race route traverses high and remote mountainous terrain. Once committed to some sections of the race route, especially the ridges, it is difficult to retreat from the race route. The entire route is subject to rapidly changing, highly variable and extremely severe weather. For this reason, competitors must be capable of a ‘robust completion’ of the route in all but the most serious weather conditions. The route is very rough underfoot with long sections of rock and scree-covered terrain. There is an enormous amount of ascent and descent.

On the men’s side, five of the top six in the Golden Trail Series standings will step to the starting line. Kilian Jornet, who has been in winning form all summer and won the longer 52km Glencoe Skyline race a year ago, will attempt to add to his fast-growing list of titles. On the Golden Trail Series this year, the Salomon athlete has wins at Marathon du Mont Blanc and Sierre-Zinal that have landed him in 2nd position for the season rankings. Jornet, who also plans to run the 52km Glencoe race the next day (Sunday), will get strong competition from a number of runners, including fellow Salomon athlete Stian Angermund-Vik. The Norwegian climbing specialist, who has had his eye on this race for weeks, is the man ahead of Jornet on the season standings. Angermund-Vik was 2nd at Zegama, 3rd at Chamonix and 4th at Pikes Peak.

Aritz Egea (Team Salomon) will also be in Scotland attempting to maintain or improve on his 3rd place Golden Trail Series standing. Another team Salomon athlete, Switzerland’s Marc Lauenstein, sits 4th in the standings. He is returning from a foot injury that kept him from racing since the Marathon du Mont Blanc. He’s raced in just two GTS competitions, but was 4th at Zegama and 2nd at Chamonix. Team Dynafit’s Oriol Cardona Coll comes in ranked 6th and was 2nd at Pikes Peak in Colorado in mid-August. Team Hoka’s Sage Canaday will try to hold onto his top-10 ranking to ensure his trip to South Africa. He is ranked 9th overall after a 6th place finish at Pikes Peak.

Pikes Peak winner Dakota Jones is not eligible for the Grand Finale of the Golden Trail Series, but he will be one to watch after his impressive showing in his home state of Colorado. Top-level Salomon athlete Remi Bonnet, who has not been able to race due to injury since winning at Zegama in May, will make his return this weekend and should compete at the front of the pack. There will be plenty of competition for the final spots in the top-10, with Team Scott’s Alexis Sevennec (11th place), Robert Krupička (12th), Team Salomon’s Bertlomiej  Przedwojewski (13th) and Team Dynafit’s Pascal Egli (14th) all lining up on Saturday.

On the women’s side, it will be a tight race to determine the top 10 sports for the Otter Trail, and plenty of drama should unfold over the rugged terrain of the Ring of Steall.  Team Scott’s Ruth Croft leads the Golden Trail Series standings, but will not race in Scotland. Team Salomon’s Laura Orgue (currently 4th in the Golden Trail Series standings) and Team Salomon’s Eli Gordon (5th) are the top ranked runners in the field. Orgue has the course record at the Ring of Steall.

Behind them, the competition is tight for season-long points and top-10 status. Team Salomon athlete Megan Mackenzie of South Africa will be battling to hold on to her 8th place ranking to guarantee a spot in the Otter Trail in her home country. Team Buff’s Sheila Aviles is currently 9th, Team Salomon’s Holly Page is 10th, and Team Merrell’s Celine Lafaye of France is tied with Team Salomon’s Fanny Borgstrom for 11th place, and all will be putting on a bib at ring of Steall. Emily Schmitz and Team Mizuno’s Maya Chollet are 12th and 13th respectively and Ring of Steall represents an opportunity to move up in the rankings. As for the race itself, look for the El Kott sisters, Lina and Sanna, to give everyone a run for their money. The two Team GORE-TEX runners were both in the top-5 at Comapedrosa and the Dolomites Skyrace this year.

RING OF STEALL SCOTLAND, ROUTE DESCRIPTION (29k/D+2,500m) The organisers believe they have an obligation to ensure that the Salomon Ring of Steall Skyrace is as safe as possible, but without diminishing the serious nature of the challenge. were participation assumes risk of serious injury or death. The race follows in the tradition of Skyrunning, which consists of uncompromising mountain running, such as scrambling along mountain ridges with steep ascents, traverses and descents on technical and challenging terrain. Therefore, this route is only suitable for experienced and competent mountain runners and there will be no fixed ropes to safeguard any sections of the route. Competitors must be confident to move safely over easy scrambling terrain in all but the most severe weather conditions. 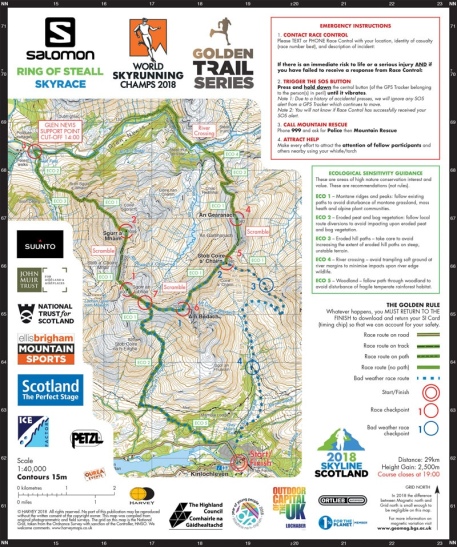 The Devil’s Ridge: The route traverses The Devil’s Ridge. This is between Sgorr an lubhair (Checkpoint 1) and Sgurr a’ Mhaim (Checkpoint 2) and features some easy, but intimidating scrambling where competitors may need to use their hands occasionally and will certainly feel the exposure of this mountain ridge.

An Gearanach ridge: The route also traverses the An Gearanach ridge. This is between An Gearanach (Checkpoint 4) and Stob Coire a’ Chairn (Checkpoint 5), which also features some easy, but intimidating scrambling where competitors may need to use their hands occasionally and will certainly feel the exposure of this mountain ridge.

THE GOLDEN TRAIL SERIES: The Golden Trail Series combines five of the most iconic “short-distance” trail races on the planet into a dream tour for both athletes and fans. A €100,000 prize pool will be shared equally among the overall top 10 men & women at a Grand Final at the Otter Trail in South Africa in October. Each of the top 10 will travel with a friend or partner of their choice for the trip of a lifetime to compete for their chosen cause or charity.