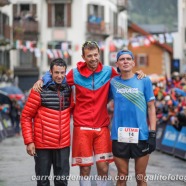 UTMB 2018 is coming, the Ultra Trail of Montblanc was born in 2003, with 700 hundred runners, now it holds 10,000 runners and 2,000 volunteers from 100 different countries, starting in Chamonix from August 27th to September 2nd, seven races will driven around the Mont Blanc crossing 3 different countries France, Italy and Switzerland.

Trailrunningspain.com and carrerasdemontana.com will be there on-site to describe and narrate all that will happen in the seven races.

In 2017, with some difficulties due the weather conditions we could appreciate a great duel between the spaniard Kilian Jornet and the french Francois D’haene who finally won the race. On the women side, Nuria Picas finally won the UTMB after two second places in 2013 and 2014 with Andrea Huser fighting with her and arriving just 3 minutes later. Let’s enjoy the official video here. 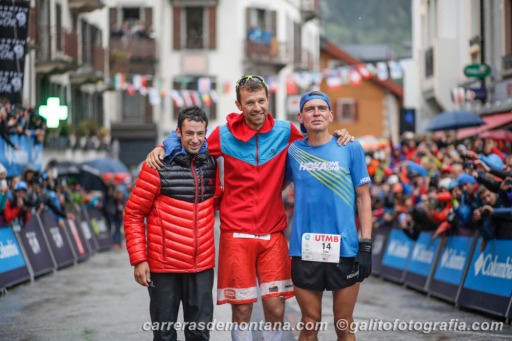 PTL – Monday, August 27th at 8:00am in Chamonix, 300km and 25,000m D+ to run in teams of 2 or 3 persons. The biggest of all races, 300km to enjoy with a partner or partners, the spirit of the race depends upon mental engagement, an adventurous team spirit as well as sporting values and also those of the mountains, taking high routes, without way-markers on the ground, which necessitates the sense of orientation on and off paths. Each year the route is different to allow for the discovery of the richness and diversity of paths in France, Italy and Switzerland within the Mont-Blanc massif.

MCC – Monday, August 27th at 10:00am in Martigny-Combe, 40kms and 2,300m D+. Opened to 1,000 runners with a maximum time allowed of 10 hours, a new race in this 2018 created for volunteers and local inhabitants and partners to experience a festive race where people can even use customs. 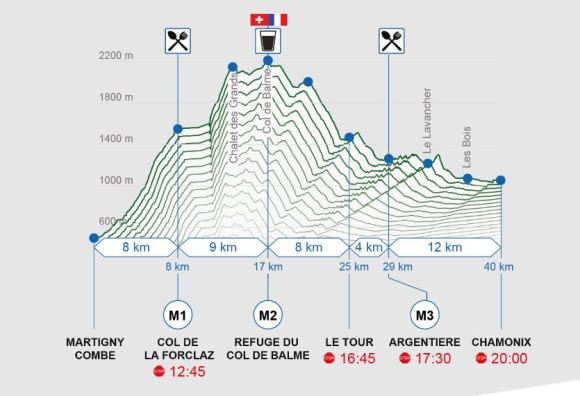 OCC – Thursday, August 30th at 8:15 in Orsières, 56kms and 3,500m D+. Opened to 1,200 runners with a maximum time allowed of 14 hours 30 minutes, good race for starters that do not want to run big ultras yet and that would like to fell the atmosphere of the whole week, winners expected after about 5 hours.

YCC – The YCC (Youth Chamonix Courmayeur) is a challenge dedicated to the young aged between 16 and 22, comprising of a prologue in Chamonix at the end of the afternoon on the Tuesday of the event week and a 15km event with around 1200m ascent in Courmayeur the following day. 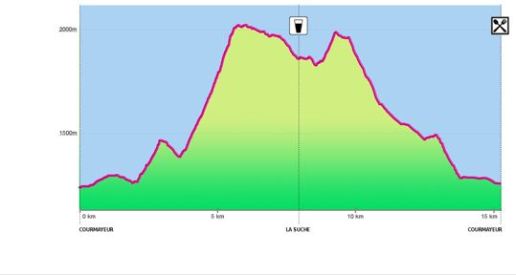 You may be interested on participating in any of the 7 races, you need to know there are some rules to accomplish. As there are more runners that wants to participate than bid numbers available, you will need to get into a draw.

Taking into account the requests for registration and the number of runners who are drawn, this is done by computer. The organization uses the Excel program and its random variable function (in terms of probability, this procedure is strictly identical to that of a classic draw). This function attributes a random number to each runner (it is multiplied by the coefficient), which is deemed the fairest method. The event being international, in order to guarantee equity among countries, the draw is made country by country. The chances are the same from one country to another. The proportion of runners pre-registered by country is maintained race by race.

The total registration requests for the different races in 2018 are:

UTMB: The difficulties to get into

To define the elite level in UTMB races, UTMB relies on the performance index of the ITRA. It provides an accurate assessment of the performance level of each trailer (runner) by analyzing the results of thousands of races around the world.

Using this index, here we got with the Top 10 men (all races combined):

And also the Top Ten Women:

In 15 years the UTMB has become an event which radiates world wide and it is presented as the “World Summit of Trail Running”. In this context, UTMB International was formed to accelerate and master the development of UTMB internationally, and answer the questions asked by numerous organizers coming from the four corners of the globe.

UTMB International’s ambition is to contribute, over the next 10 years, to the emergence of major popular events which are organized according to very high quality standards. The runners’ sporting and touristic experience, security for the trail runners, experience and tourism of the runners and the dimension of the event for the locals will be the heart of the specification. UTMB International works with professional and independent organizers, in the form of franchises, so as to guarantee that the knowledge and authenticity of the territories are maintained.

The Gaoligong by UTMB was the first event in the world to be labelled by UTMB as the first by UTMB event in Asia. The development of the UTMBInternational continues with the launch of a second event in the Arab peninsula, OMAN by UTMB in November 29th 2018. A pioneer event in this country, it has all the assets to become a reference race : a very technical and mountainous route, alternating between canyons, oases and steep ridges, and according to Michel Polleti one of the most beautiful playgrounds in the world placing it in his “top 3”.