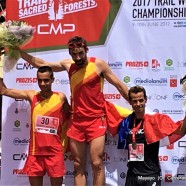 The international Trail Running Association is a non-for-profit association that has just held its latest trail world championships, general assembly and elections at Badia Prataglia in Tuscany last June. Following those events, ont eh 27th of June two american media published a note with several race directors from small field races in the USA titled: “Why we won’t pay: UTMB, ITRA and the “pay for points” racket”

See below the start of the Trail World Champs at Italy this very mont of June, and then let us get in detail over the alleged accusations first and then the official communication by ITRA herebelow.

Response to the article published by 9 american organizers on  two USA media.

Following the article published on 27th June on ultrarunning.com and on 29th June on trailrunnermag.com, the ITRA wishes to respond.

It is written : “Catherine Poletti, who, along with her husband Michel, owns UTMB and ITRA”

It is written : “UTMB and ITRA are strictly for-profit enterprises, with revenues estimated in the millions of Euros.”

The UTMB organization’s budget is driven by the LLC Autour du Mont-Blanc whose annual accounts are filed with the French administration.

It is written : “UTMB requires ultra races to pay an annual fee to ITRA to earn qualifying “points.”” [1]

No, the ITRA offers different services to runners and organizers, including a race evaluation system. These services are offered to ITRA members up-to-date with their membership, and for non-member organizers interested in using them.

Each organization decides on the necessary qualification requirements to enter its race. Each organization can choose the races that will be qualifying for its race, whether or not they are evaluated by ITRA. There is no fee payable to be a race on the UTMB® qualifying list.

It is written : “Kilian lacked the qualifying UTMB “points.”” [2]

The UTMB® organization has ensured that Kilian Jornet had his points. Regarding the performances of the latter and knowing the Hardrock 100 Endurance Run and its limited number of finishers (between 110 and 125), the UTMB® has chosen to add retroactively the race, on an exceptional basis, to the list of races allowing runners to qualify (6 points). This choice was approved by Dale Garland, the race director of Hardrock 100 Endurance Run. In fact, Kilian Jornet has his points to run the 2017 UTMB®.

Following the discussions resulting from this article, the ITRA wishes to provide an explanation regarding its organization and operation in order to respond to the questions as accurately as possible.

ITRA received an email on 19th March, 2017 from UTMB® indicating that Hardrock 100 Endurance Run accepted the UTMB® proposal to be a qualifying race.
At the same time, the UTMB® proposed to the race director of Hardrock 100 Endurance Run that he be contacted by the ITRA, in order to let the latter present its organization and operation to him. The proposal was agreed.

Three days later, the ITRA contacted the Hardrock 100 Endurance Run as agreed and informed them by email about the general organization and the association’s missions. Since ITRA did not receive any answer to the last email sent, they concluded that the Hardrock 100 Endurance Run was not interested in joining the organization. The discussions stopped there and nothing else was done to follow up.

So far, the Hardrock 100 Endurance Run is not an ITRA member and has not been evaluated by ITRA.

.ITRA is an international non-profit association. Any positive balance of funds is fully reinvested to finance the ITRA’s development and activities. 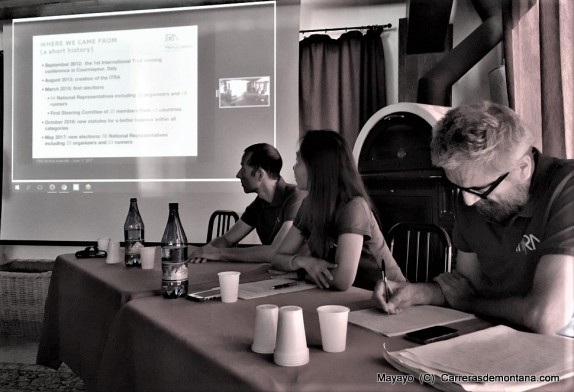 How is ITRA run ?

ITRA brings certain services to its members, but also offers some free services to all organizers or runners. Currently, they count 918 organizer accounts and 29,474 free runner accounts.

ITRA has set up many commissions to work on the different topics related to the sport:

The health commission: It organizes doctors and researchers in order to understand trail-running’s effects on health and to develop a health program for runners.

The security & safety commission: It offers solutions to help organizers by improving the safety measures set up in their races (The security guidelines can be downloaded for free in 6 languages on the ITRA website by clicking here).

The quality commission: It will soon offer to organizers a method to evaluate the international quality of their races.

The ranking and evaluation commission: It brings the ITRA Performance Index and the ITRA points’ calculation.
– Much works has been carried out to improve the calculation of the Performance Index and other factors could be included in the calculation soon.
– Race evaluations are requested through the organization’s account on the ITRA website. The account creation is free, the organization can decide to be a member or not. In the case of membership, the annual fees cover the evaluation requests for all the year, otherwise the price for an evaluation is 100€. Only quantifiable factors are used to evaluate races, namely: the distance and the elevation gain.

For more information about ITRA, including its finances, you can consult the presentation made at the last General Assembly of ITRA, 11th June 2017 in Badia Prataglia, Italy, by visiting their official website.

MORE ON TRAIL RUNNING IN SPAIN